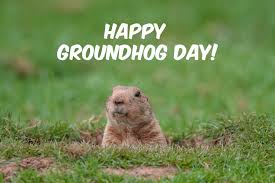 LONDON ELECTION NIGHT 2019 LIVE WIRE
"Polling stations have now closed on the UK's 2019 snap election, the fifth national vote in Britain since 2014,
and results are expected to roll in until early Friday morning..."

GE 2019 LIVE: FOLLOW RESULTS NOW
"Boris Johnson is on course to secure a huge Tory majority in the Commons..."

UK RESULTS IN FULL
"A full breakdown of the 2019 GE on a national scale including comparisons with 2017..."

ELECTION RESULTS 2019
"The Conservatives are set to win an overall majority of 86 in the general election,
according to an exit poll for the BBC, ITV and Sky News..."

General Election December 2019: Groundhog Day: Back From the Brink....

Who Can I Vote For? - Candidates In Your Area

"By now anyone who's read about how the EU works has learned why our and their continental system are fundamentally incompatible.
That's why we must fight this battle against those who'd sell us out into Napoleonic bondage" [source].

"Support for the EU is treason. The privy counsellor oath makes that clear:
specifically the Queen's ministers vow not to hand over the Queen's pre-eminences, authorities and jurisdictions
to a foreign potentate. Yet taking us into the EU did just that" [comment at source].

"The Lord is good, a strong hold in the day of trouble;
and he knoweth them that trust in him"
(Nahum 1:7)